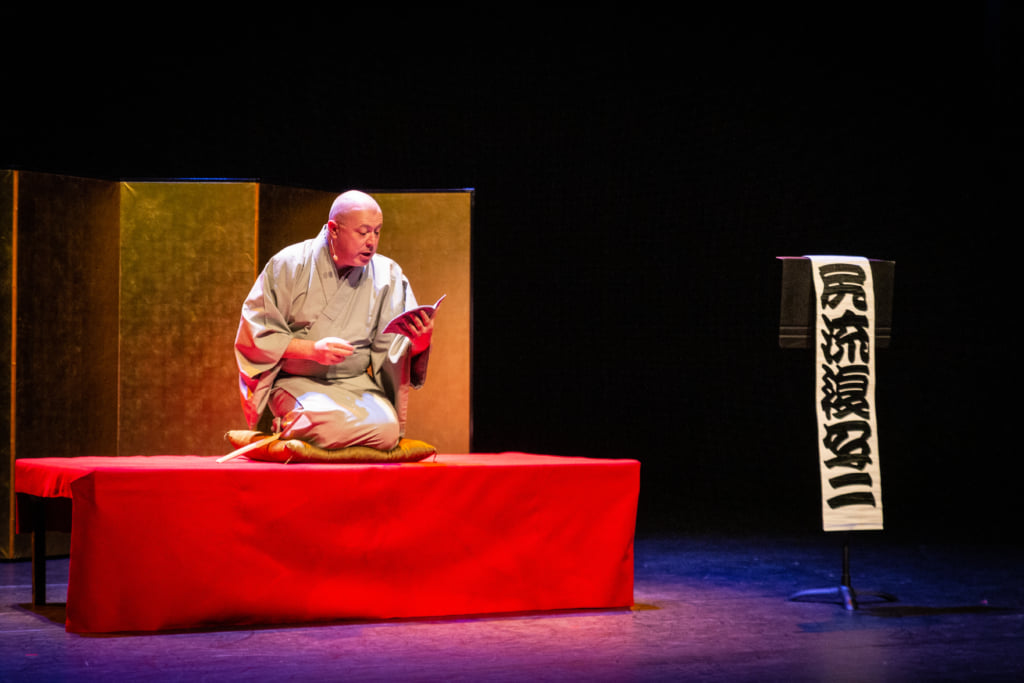 Rakugo, which literally translates as ‘art of fallen words’, is making a comeback on Japanese stages. Dating back to the 17th century and originating from Buddhist tradition, rakugo experienced its heyday in the Meiji era (1868-1912) and particularly following the Second World War, when it adopted its current form. This also marked the period when it left the streets and private apartments for wood-panelled performance venues, that can still be found in Tokyo and Osaka today.