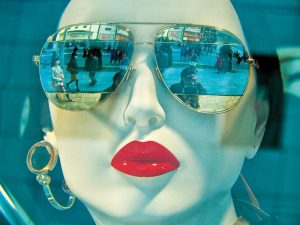 Daido Moriyama and Shomei Tōmatsu had envisaged this project together, but the death of the latter in 2012 had cut it short. By devoting an entire level to each photographer, Simon Baker, director of the Maison Européenne de la Photographie, chose contiguity over confrontation. The publication accompanying the exhibition was designed with the same idea in mind: it consists of three slip-cased volumes, the third containing the texts, including some translated for the first time.