San Francisco Asian Art Museum explores impact of kimono on global fashion
On view from Feb. 8 through May 5, 2019 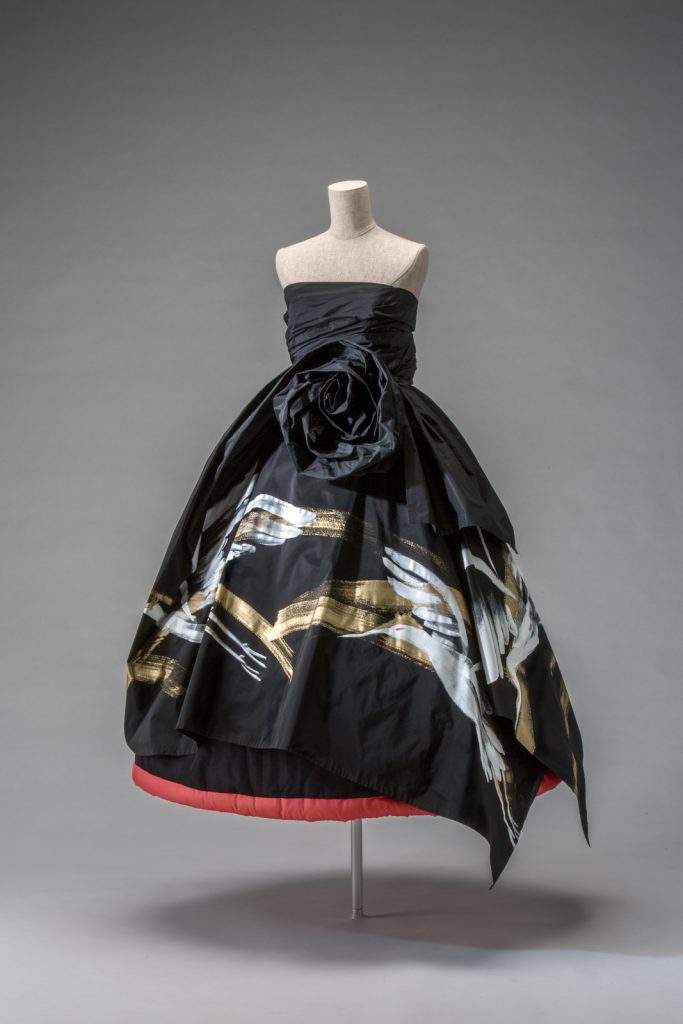 Kimono Refashioned is a new special exhibition at the Asian Art Museum that explores the impact of kimono on global fashion, from the Victorian era to the digital age. Spotlighting more than 40 ensembles, accessories and artworks from close to 30 designers and artists — including innovators like Paul Poiret, Coco Chanel, Issey Miyake and Tom Ford — Kimono Refashioned tells the story of the globally interconnected world of high fashion. 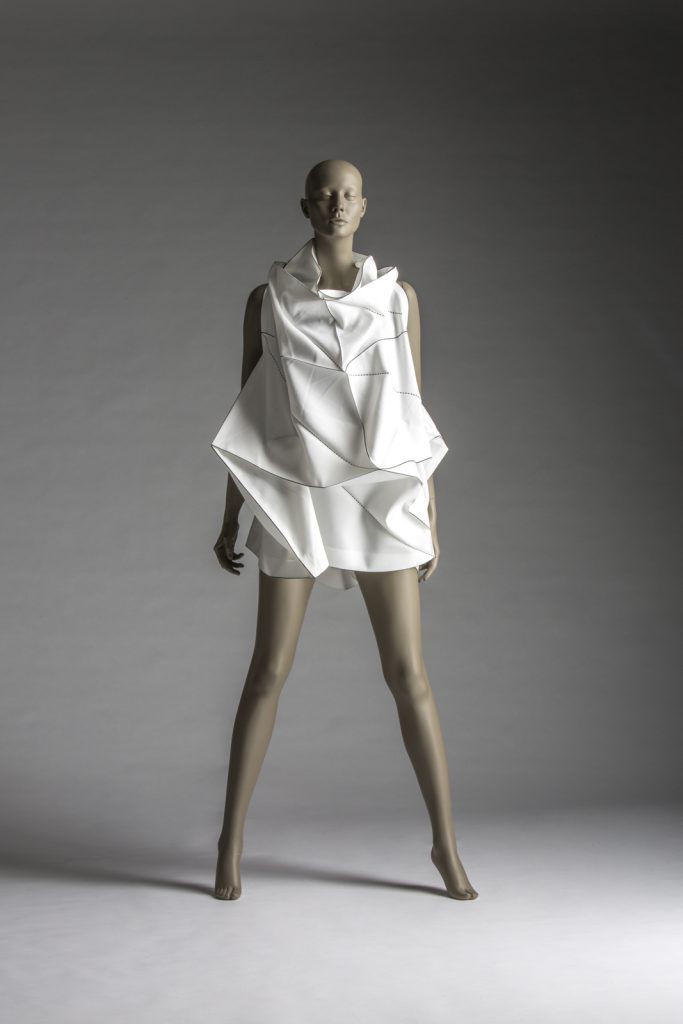 , Kimono Refashioned reveals how the two-dimensional structure, cutting-edge textiles and decorative motifs inspired by kimono have shifted the course of contemporary fashion. Featuring apparel from the collection of the renowned Kyoto Costume Institute in Japan, Kimono Refashioned follows the influence of kimono from 19th-century English formal dresses with bustles and trains to 1920s Parisian evening gowns, to haute couture fashion in the late 20th century, to recent pop menswear. 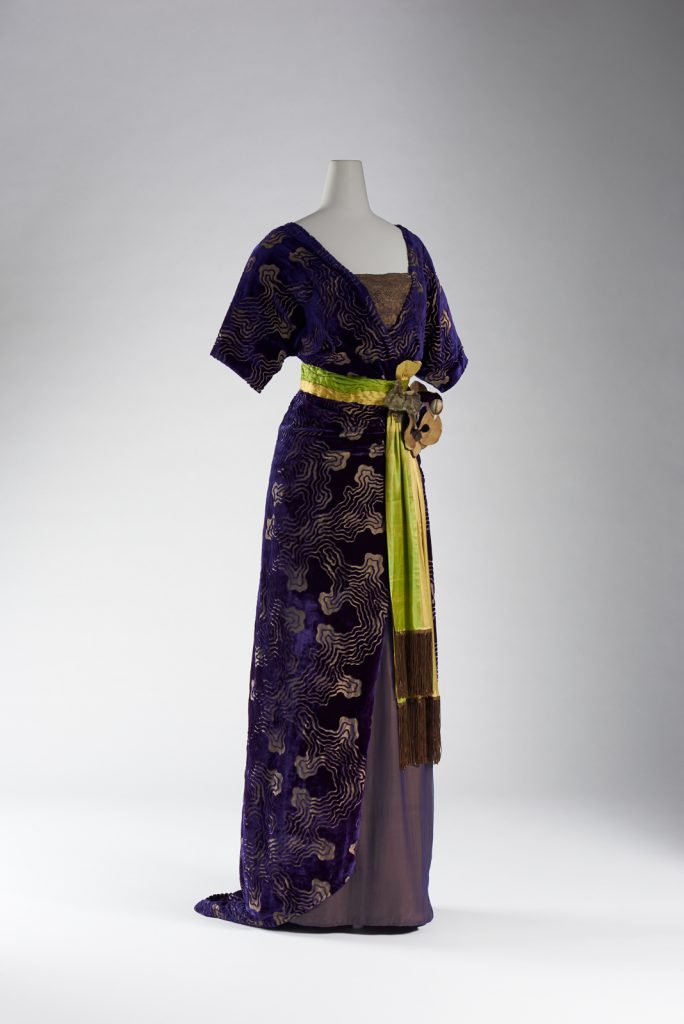 “This is not a kimono show,” explains Asian Art Museum Director and CEO Jay Xu. “Instead, our exhibition emphasizes the cultural fluidity of kimono and its expression in modern fashion, vividly demonstrating how a simple item of clothing can contribute to meaningful exchanges of ideas.”

Kimono — which literally means “a thing to wear” in Japanese — is characterized by a relatively simple structure and basic gender-neutral construction that place the focus on material and motifs, rather than on the shape of the body.

“While it is well known that Japanese fashion designers took Paris by storm in the early 1980s, it was not the first time Japan transformed international fashion,” says exhibition co-curator Yuki Morishima, Asian Art Museum associate curator of Japanese art. “Since the late 19th century, the kimono has inspired some of the world’s top designers with its distinct silhouette and sophisticated textiles.” 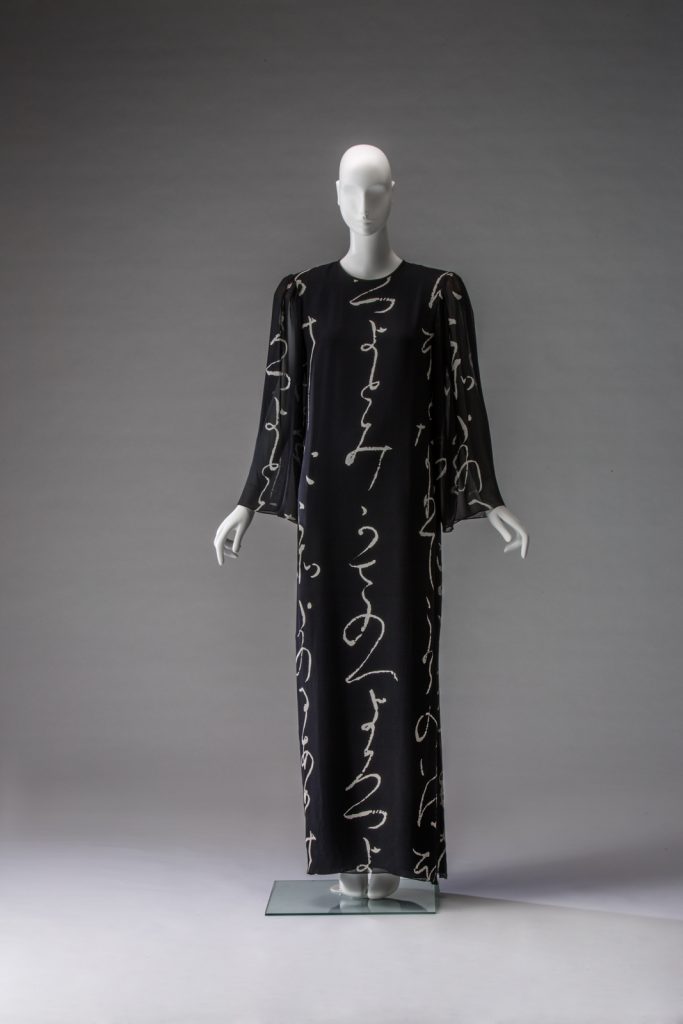 As Japan emerged from a long period of self-imposed isolation in 1854, the country exported large quantities of textiles and kimono — as well as woodblock prints, lacquerware, metal works and ceramics — to enthusiastic international collectors. Examples of such exports, including traditional kimono, from the Asian Art Museum’s collection will be on view in the museum’s second-floor Japan galleries during the exhibition.

Japan’s dramatic entrance onto the world stage in the late 1800s ignited a craze for things Japanese — “Japonism.” European and American painters were active participants in both consuming and promoting Japonism. They depicted kimono, a hallmark of the craze, in countless paintings, like the James Tissot and William Merritt Chase examples on view in the exhibition. By the turn of the century, a French magazine could declare “the need to mention Japonism in fashion… as one of the novelties of the moment.”*

By the first quarter of the 20th century, designers were eager to explore the many aesthetic opportunities presented by the kimono. Parisian designer Madeleine Vionnet freed her clients from traditional Western tailoring by piecing fabric in straight lines to create flowing shapes, a technique drawn in part from the kimono’s flat, layered construction. 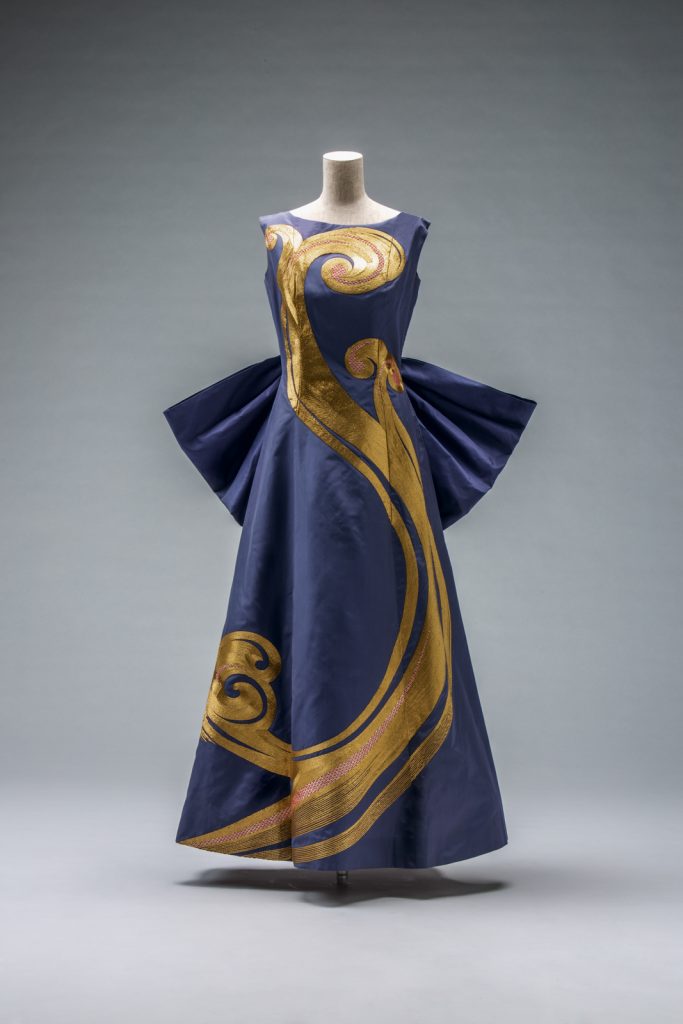 Textile production techniques used in kimono also fueled designers in both Japan and the West during the second half of the 20th century. While many designers were fascinated with richly embroidered obi fabric, some others embraced more humble sources for creativity: indigo dyed cotton, patchwork and the appreciation of imperfection.

“Following the glitz of the 1970s, the imperfect, austere approaches to dress offered by Rei Kawakubo of Comme des Garçons and Yohji Yamamoto in the 1980s were a breath of fresh air,” says exhibition co-curator and Asian Art Museum assistant curator of contemporary art Karin G. Oen. “Bringing together cocoon shapes, seemingly damaged or worn-out textiles and a more organic color scheme, these groundbreaking designers permanently changed the world of high-fashion. This deconstructed Japanese aesthetic presented a vision totally of the moment that remains surprisingly current more than 30 years later.”

This infusion of an appealing, distinctly Japanese sensibility into contemporary clothing continues today with Iris van Herpen’s 2016 space-age take on shibori tie-dye and Christian Louboutin’s 2017 boots embroidered with cranes and plum blossoms. Issey Miyake gets at the conceptual heart of kimono in his “A Piece of Cloth” designs, which reinterpret its essential flatness. Japanese manga and anime have likewise inspired fashion trendsetters around the world, such as Jonathan Anderson, who employed a Gundam robot motif in his recent playful “pop” men’s suits for Loewe.

“Kimono Refashioned encompasses a broad set of interpretations of the kimono that represent an ongoing, international engagement with the art of Japan,” says Xu. “It builds on the success of the Asian Art Museum’s fall 2017 fashion exhibition, Couture Korea. Both exhibitions elegantly connect clothing traditions with contemporary designs to illuminate the ways fashion aficionados have expressed — and continue to express — themselves through dress.”

In keeping with the excitement around the exhibition, the Asian Art Museum’s Gala on March 7, 2019, will be themed Art + Fashion.

This exhibition was initiated by Akiko Fukai of the Kyoto Costume Institute, and was jointly curated by Rie Nii of the Kyoto Costume Institute, Yuki Morishina and Karin Oen of the Asian Art Museum of San Francisco, Katherine Anne Paul of the Newark Museum, and Cynthia Amnéus of the Cincinnati Art Museum. The exhibition premiers at the Newark Museum (October 13, 2018–January 6, 2019) before traveling to the Asian Art Museum (February 8–May 5, 2019) and then to the Cincinnati Art Museum (June 28–September 15, 2019).

The exhibition is divided into four sections:

2. Japonism in Fashion
The exhibition continues with an overview of Japonism in fashion and includes sumptuous examples from Misses Turner Court Dress Makers and the House of Amy Linker, among others, from the second half of the 19th century and the beginning of the 20th. Alongside these are important pieces from Paul Poiret, the first prominent Western designer to create clothing that did not require corsets, as well as dresses from Madeline Vionnet and other leading voices in fashion from the 1920s and 1930s. Key themes include: Japanese motifs, kimono as dress, kimono form and “straight-cutting” in design.

3. Kimono in Contemporary Fashion
The largest section of the exhibition juxtaposes important designers from Japan and Europe who made headlines in every decade of the past century — from Alessandro dell’Acqua for Rochas’ gorgeous outerwear, to the startlingly elegant lines of Hanae Mori’s calligraphy dress, to the pleated minimalism of Issey Miyake. Key themes include: flatness, obi fabric, kimono silhouettes, shibori dyeing, Japanese motifs and everyday kimono.

4. Japan Pop
An epilogue demonstrates how Japanese pop and casual fashion deploy elements of manga and anime in contemporary designs, especially in menswear.

About the Kyoto Costume Institute
The Kyoto Costume Institute (KCI) is a research organization that collects, preserves, studies and exhibits Western and modern Japanese fashion. Established in 1978 as the first organization in Japan with the foresight to recognize the necessity for a systematic study of Western fashion, the institute aims to detect future trends by increasing the understanding of the essence of clothing and fashion.

To this end, KCI mounts exhibitions around the world that feature its collection of 13,000 garments and 20,000 documents from the 17th century onward. KCI continues to build one of the most significant archives of Comme des Garçons (Rei Kawakubo, Junya Watanabe), Yohji Yamamoto, and Issey Miyake — all of whose works make critical contributions to Kimono Refashioned.

Hours: Open Tuesdays through Sundays from 10 AM to 5 PM. Hours are extended on Thursdays until 9 PM February through September. Closed Mondays, as well as New Year’s Day, Thanksgiving Day and Christmas Day.