A TREE MOVES IN MINATO-KU 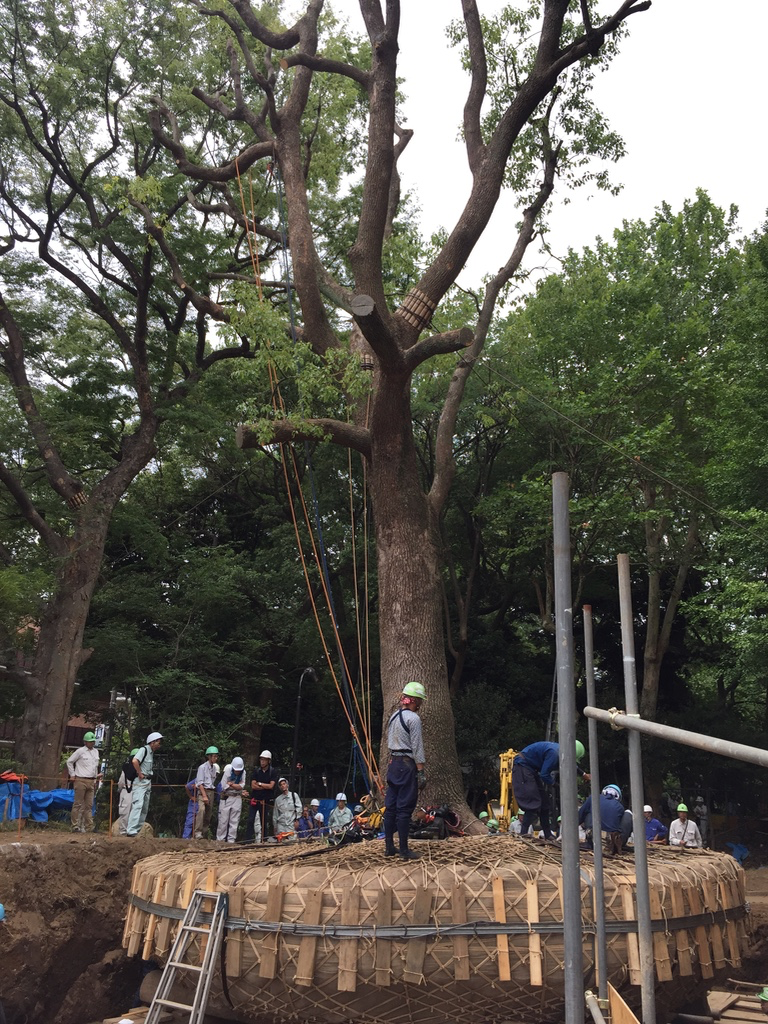 It’s a matter of priorities.  Minato Ward has its right! Unbeknownst to me, the powers that are in Tokyo’s Minato ward, where many Embassies are located, and many international residents of Tokyo live, decided that the venerable camphor tree in the historic Arisugawa Park needed to be moved.  By chance or no, I happened by on moving day and was astonished by the large group of helmets assembled around the mammoth tree which had been shorn of its foliage, its roots wrapped in straw bunting, as I drove by. 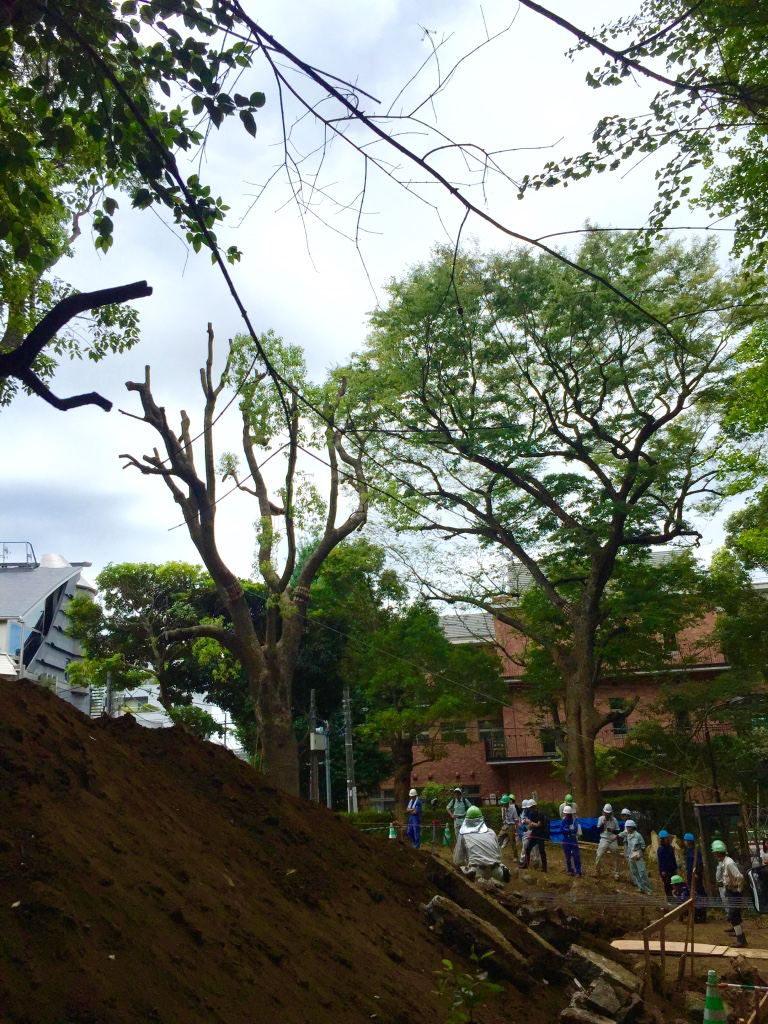 Not unlike many traditional festival machinations that I have witnessed over the years, moving the giant Mikoshi for Kyoto’s Gion festival and Chichibu’s night festival outside of Tokyo, the tree had been hoisted and tethered and set on stout horizontal wooden beams with rollers on wooden tracks to guide its movement 10 meters back into the park.  There were even traditional words for the front rollers – Kanzashi – and the back rollers Okagura!

A tall square mound of earth had been carefully prepared to be its new home.  Workers diligently swept away any stray stones or dirt that could impede the forward movement.
Ancient engineering which, though used infrequently, still has professionals who guard the secret.  10 or 15 had been assembled for the great move, along with 60 or so other gardeners, engineers and technicians who helped. 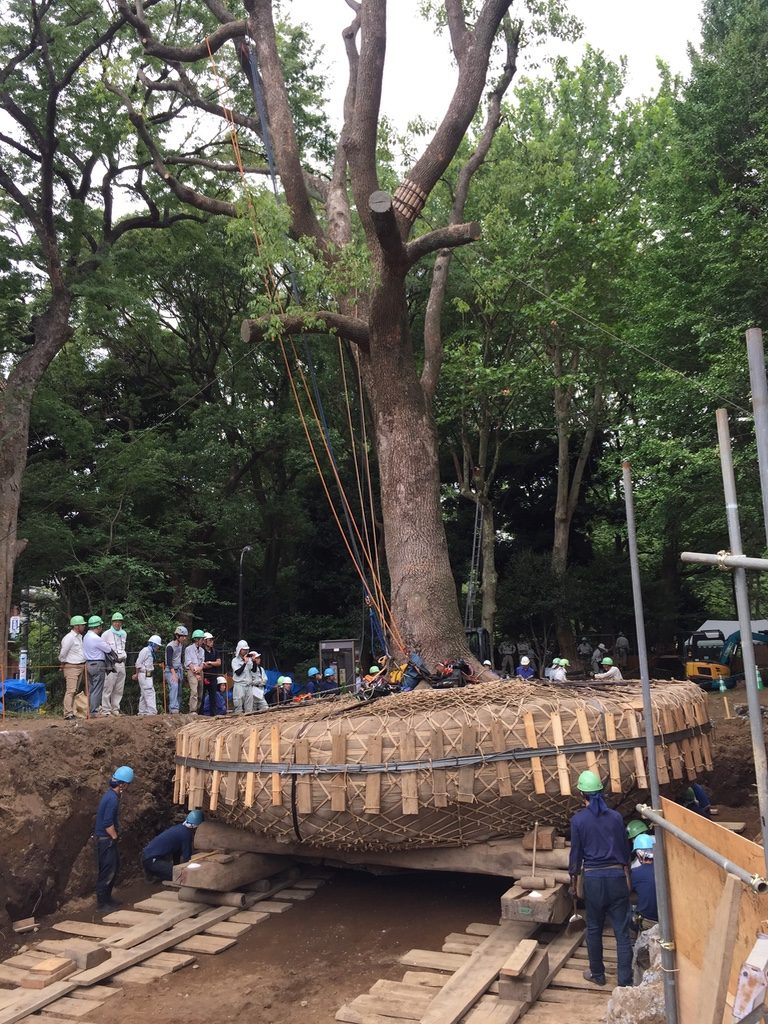 I rushed by later to see what was happening and found that the tree was moving. 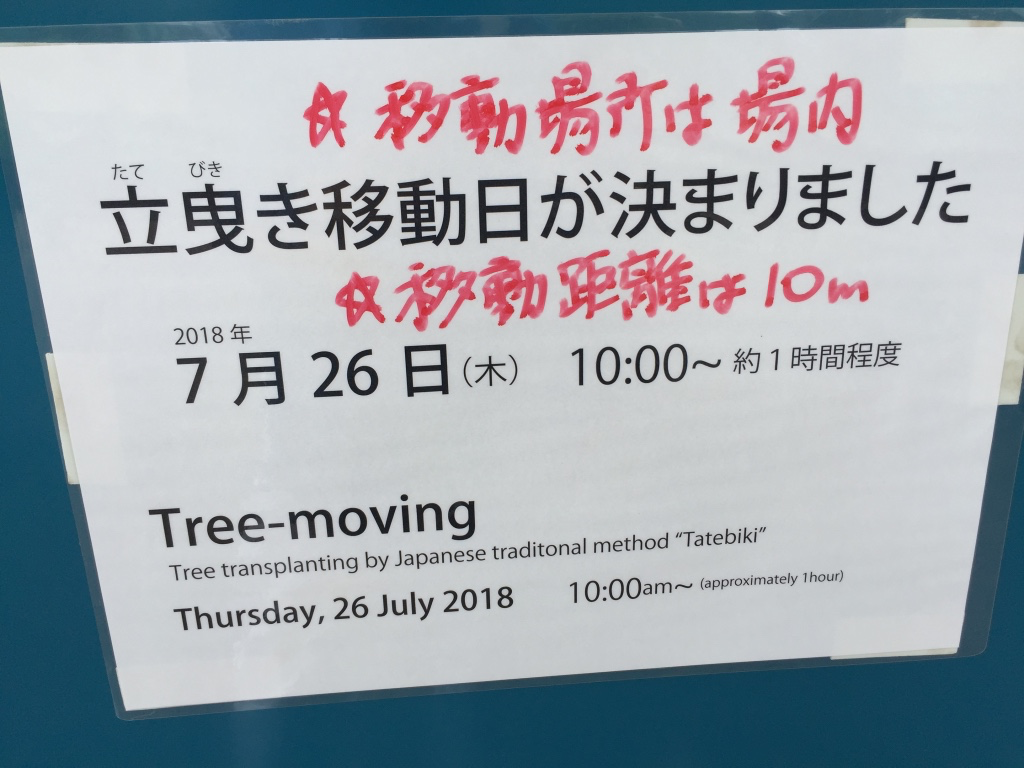 A sign had been posted to inform the neighborhood of moving day, yesterday, July 26 at 10 am.  The 70 ton tree was to be moved 10 meters.  By chance I had driven by the great assembly and the straw wrapped tree, so I walked back later just in time for the move.  I had lived in Azabu for 35 years, and feel a particular love for the neighborhood and the park and its trees where I have walked many dogs many days and many nights.
The retention of ancient wisdom, the reverence for ancient trees, the respect for nature, the persistence of ancient values rang out in the claps of the 70 workers who rejoiced at their success in moving the old tree and the joy of by standers who had watched the slow process, which had started months earlier. 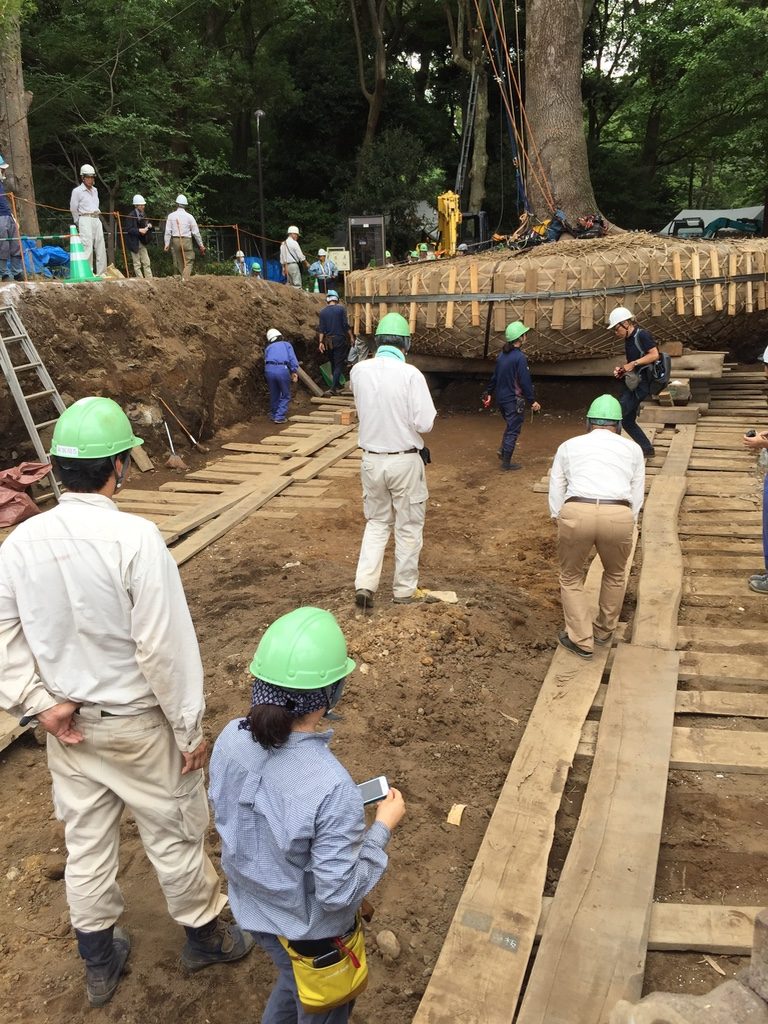 And the tears that fell from my eyes as I watched yesterday and today as I tell the story of the tree that moved, are all a part of why I love Japan.