and what they tell you… 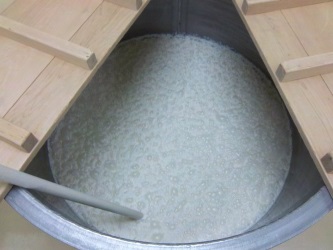 Sake brewing today has become very scientific. But long ago, before the days of thermometers, hydrometers, and barometers, brewers relied entirely on their five senses to gauge the progress of a fermenting tank of sake. As a curious side note, one toji told me that they compared the accuracy of some of the old school guys to that of modern instruments, and that the old toji of yesteryear were just as accurate as the modern equipment. Not sure this has been scientifically documented, but it is a great anecdote.

Although they might not have known the scientific causes for the phenomena they were observing, experience and intuition (there it is again!) told them how to interpret what they saw, tasted and smelled. One of the most reliable of these empirical yardsticks – and one that is still used today – is the appearance of the foam on the top of the moromi (fermenting mash).

Throughout the 18 to 35 day ferment, the foam will change appearance quite regularly, and very clearly reflect what is taking place inside the tank. Over the centuries, names were given to the foam at each stage that made it easy to assess and convey the status of the work in progress.

After the yeast starter has been created, and after the three additions of water, rice and koji over four days have been completed, foam will begin to develop as the yeast cells process the sugars in the tank, and give off carbon dioxide. This will rise to the surface, often still attached to the yeast cells. This is why the foam has two and a half times as many yeast cells in it as the liquid beneath.

Two or three days into the ferment, small striations will appear on the surface, similar to taught muscle under skin; hence the term suji-awa (fibrous foam). Next, a think layer of soft foam will begin to cover the entire tank; this is known as mizu-awa (water foam).

The timing of these changes of course depends on a myriad of factors, such as how much the rice has been milled, and the temperature of the tank. But soon after this the ferment will enter its most active stage, and foam will rise in great swaths, so that it looks like huge rocks tumbling over each other. This is known as iwa-awa (rock foam). 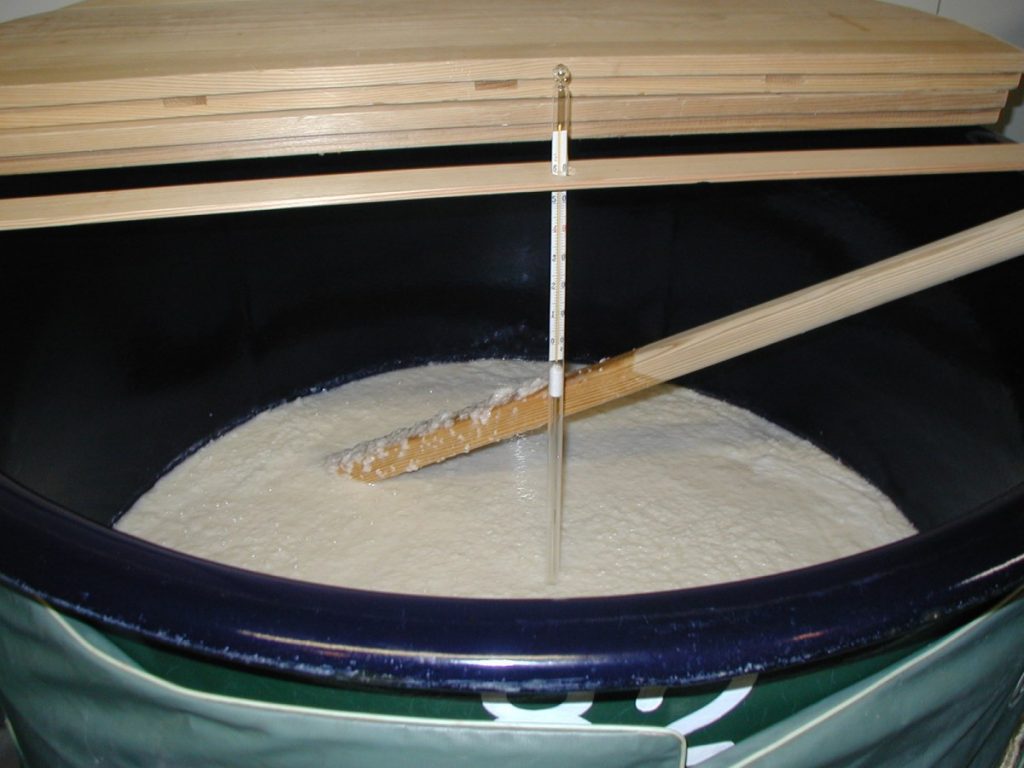 This continues into the highest stage of foam, known as taka-awa, with the bubbles themselves at this stage being very small and fine. This usually occurs about the tenth day or so, but there is great variation depending on a plethora of factors.

The foam rises so high that brewers usually rig a simple rig consisting of a piece of wire that gently spins on a motor with the sole purpose of gradually beating down the foam as it rises. This spares them the need for extremely high-walled tanks. It also aids in sanitation, as one of the greatest sources of sake-spoiling bacteria is foam that has dried on the inside of the tank.

As the fermentation begins to wane, the foam too falls back, leading to the stage known as ochi-awa (falling foam). This segues into a stage with very large, soapy-looking bubbles known as tama-awa (ball foam).

After this foam, too, fades away, the surface of the moromi is referred to as ji, or ground. This stage has many sub-conditions with their own names. Small wrinkles in the surface are referred to as chiri-men (a type of rough cloth). A totally smooth surface is known as bozu, in reference to the shaved head of a priest. If rice solids that did not ferment have risen to the surface, it may look like a lid is on the moromi, and this is referred to as futa (lid). 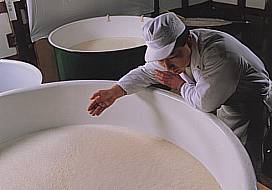 Much can be told about the quality of the sake at this stage from observing this surface. For example, if the lid is thick, it indicates that a significant amount of wild yeast ended up in the moromi and survived.

This is because the fibers in rice tend to attach themselves to many types of wild yeast, and rice to the surface when pulled by the carbon dioxide molecules, giving that thick-lidded appearance. Brewers know, then, that a thick-lidded moromi in its final stages will often lead to a sake that is rough, acidic and less refined.

Naturally, today these observations are combined with chemical measurements such as acidity, residual sugar, and temperature to create the precise and wonderful flavor profile for they aim. But back in the day, the appearance of the foam was an important tool for brewers in assessing just when a sake was ready.

John Gauntner is one of the world’s most celebrated sake experts. He is an author, newspaper columnist and international lecturer. See John’s website at http://www.sake-world.com.