In Collaboration with Photographer, Helen Hasenfeld

By Steve Beimel and Rob Schultheis 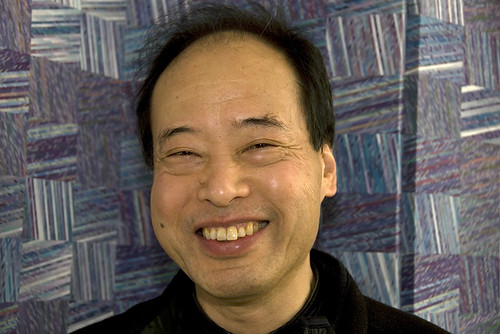 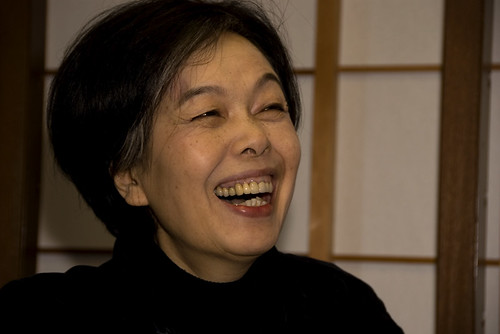 Shigeki and Shihoko Fukumoto are dyeing artists — and husband and wife. They met while in university, traveled and grew together, and now in their early sixties they are known for their innovations in dyeing techniques. These days they work on a quiet block of row houses in Kyoto.

… but, in separate studios. And, in different styles. In fact, you don't have to look very far to discover that these artists and their work are as different as yang and yin, autumn and spring. 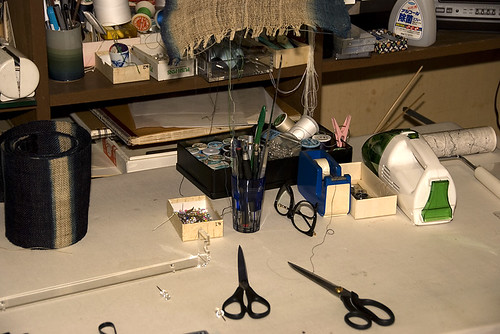 She, Shihoko, uses indigo dye on large pieces of fabric; he, Shigeki, uses various dyes, then cuts his fabrics into teeny tiny pieces and reassembles them into artistic creations. Her work is a modern version of ancient Japanese indigo dyeing; his work is a modern version of the intricate dyeing of silk kimono. Her art descends from folk tradition; his from high level silk dyeing tradition. She approaches her work with an open, expansive personality; he with the painstaking precision of an ascetic monk. 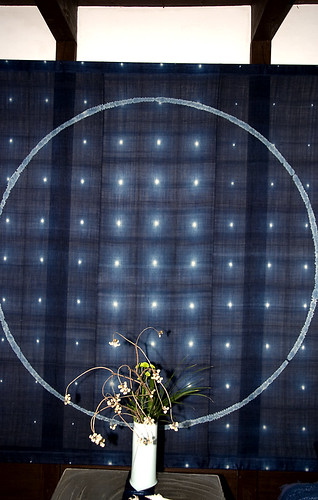 Perhaps the difference arose from their backgrounds. Like many, if not most, Japanese artists, Shigeki Fukumoto was born into an artistic family — of kimono-dyers — and he trained in generations-old techniques. Shihoko, on the other hand, had no family background in the arts. 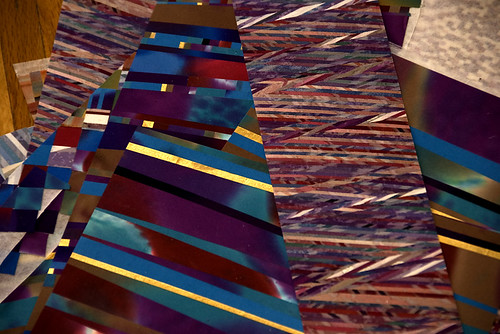 But they met while university in the 1960s, studying fine arts and training as oil painters in the Western avant-garde style of the time. They married after university, and before starting a family they went on an overseas trip that unexpectedly became a voyage of creative discovery. 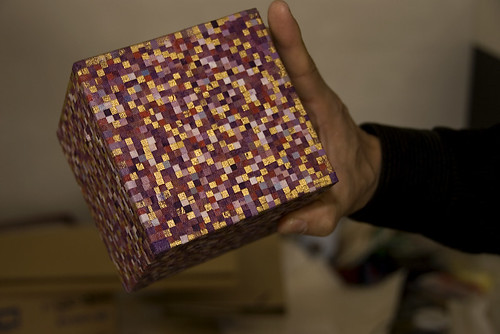 It was in New Guinea that Shihoko experienced a spiritual and aesthetic revelation. As she recalls, "I saw the craftspeople of New Guinea making things which were linked to their culture, their religion, the very way they lived their lives, and that made a huge impression on me. While they were making things that only people from New Guinea could make, I realized that I did not have the same kind of connection with my work — I was only imitating Western art. I began to see my oils, brushes and canvases as Western curios." On returning to Japan, Shihoko found herself "spiritually attracted by the depth and dimension of natural indigo," which, in Japan, dates from the Heian period (800-1180). Although she had no background in the art, she says, "It cast a marvelous spell over me."

Small wonder. While modern indigo dyeing, using chemical dyes, can be learned relatively quickly, dyeing with traditional, natural indigo is a complex process requiring long years of training and practice. The effort is worth it: the quality and lasting beauty of natural indigo are incomparable. Shihoko began a long period of study with traditional indigo-dyeing artists, learning the process start to finish. She even mastered the complicated stitching for shibori (tie-dyeing), which is traditionally done by specialists and not dyers. Thus she earned an artist's freedom to create, to transform her visions into reality. "Although indigo dyeing was a traditional medium," she says, "I found it to be an excellent way to create contemporary art." Today Shihoko is the freest of artistic spirits, constantly experimenting and coming up with new discoveries within the age-old chemistry of indigo dyeing. One example: while most dyers consider the natural foam floating on the top of indigo dye to be a waste product, she uses the foam to achieve an unusual shade of greenish brown. 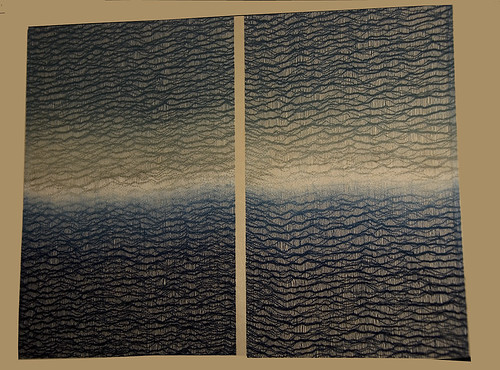 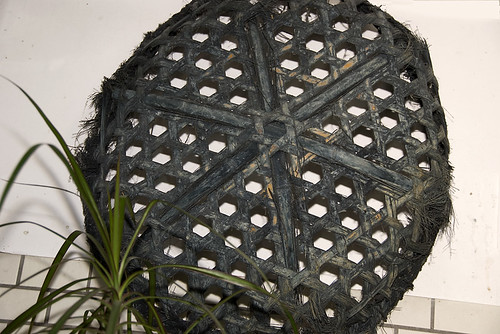 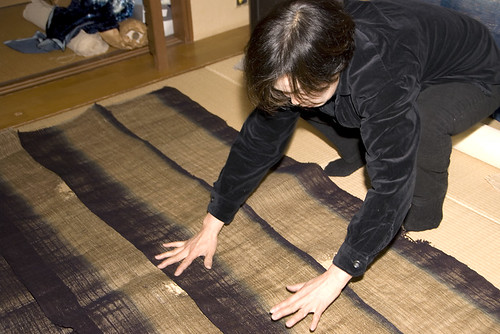