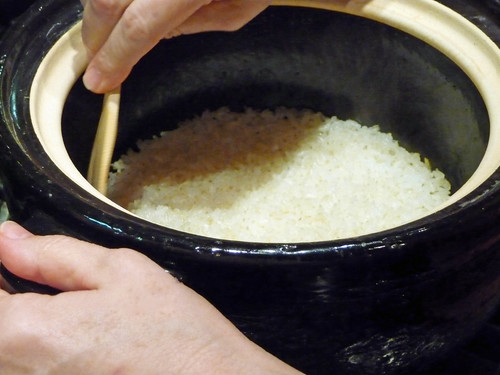 Steve Beimel: Mora—So you finally bought a donabe???
Mora Chartrand-Grant: Yes, and I’m really proud of it. I always come back from Japan with yet another piece of rustic Japanese pottery to add to our home collection, which I regularly use in the kitchen…the crustier and grittier the better. I first spotted the donabe on JapaneseFoodReport.com. This donabe…made of Iga ware…has a sensuous balance between the black glazed portion and the rough butternut-colored clay. While in Kyoto last December, I found the exact same donabe at Gungendo, my favorite clothing and households goods store. It was destiny! Only 2 days in-country, and there I was, “donabe love sick” at Gungendo. I didn’t care what it cost. It was going home with me.
SB: How is a donabe different from a hot pot?
MC: A rice donabe is slightly different from a donabe for hot pot cooking because it has an inner lid with 2 steam venting holes toward the lid edge. The outer lid that is dome-shaped has only one vent hole. The diagrams in the care/use guide made it clear that there is a very specific way to position the two lids…I love this Japanese care for detail. Also, the rice donabe is deeper and narrower than the hot pot.
SB: Did you need to prepare it before using it?
MC: You must “season” the donabe before ever using by making a rice porridge and then leaving it to cool in the donabe for several hours. The very fine rice starch particles fill the glaze and seal it.
SB: Can we eat yet?
MC: Right. I couldn’t wait to cook my first pot of rice. I bought a bag of new crop Koshihikari haiga (rice with the nutritious germ left on). Only the best rice was going into my donabe. I followed the instructions exactly and used my instinct for adjusting the gas stove. My reward was perfectly cooked rice with a light caramel-colored okoge crust at the bottom. The world came to a stop when I had my first bite. I had recreated the taste and texture of the best rice I’d had in Japan…well almost, but it was darn close. Japanese rice and water really are superior. For just a moment I was transported back to the days of old to the kitchen of a Japanese minka country house. Yes, I had arrived. I had made real rice. 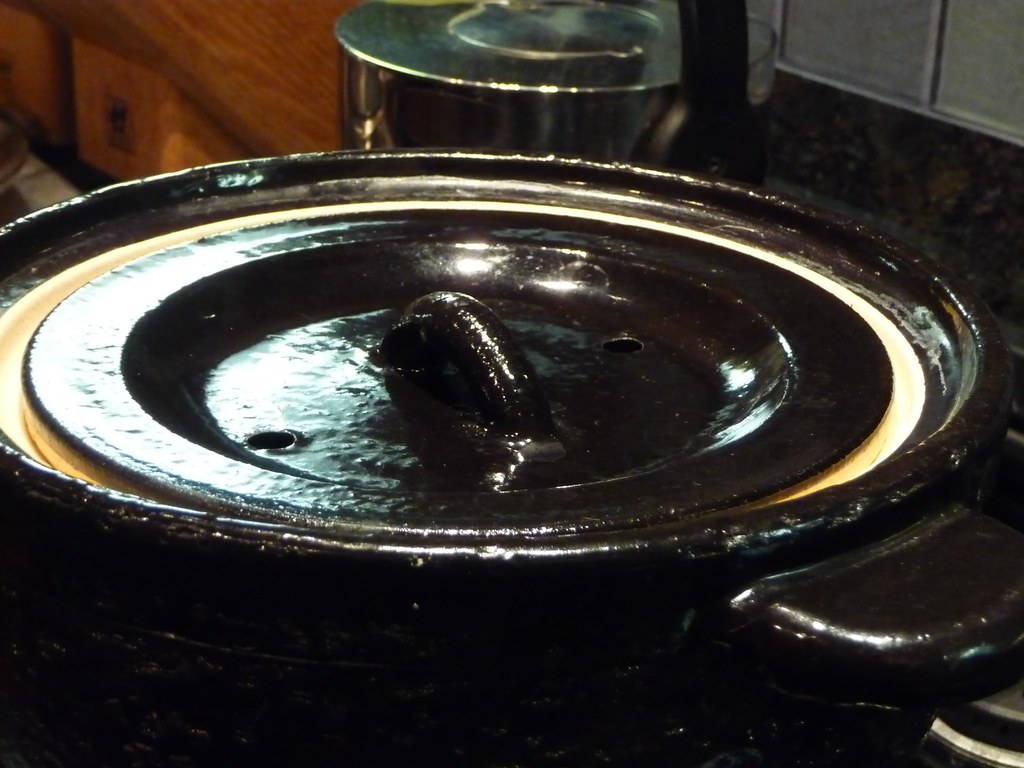 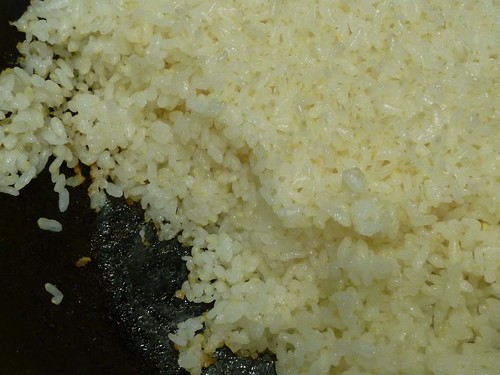 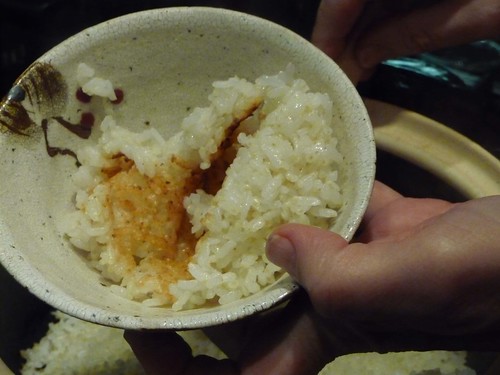