The work of Seiho KIBE is currently being shown in his second U.S. solo at Tai Modern Gallery in Santa Fe, New Mexico, until July 13, 2019. 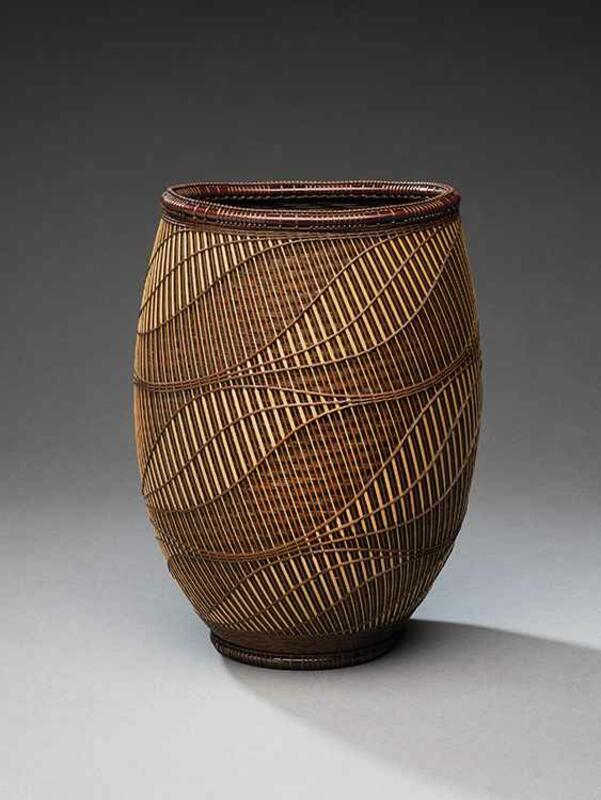 Ten years ago, Seiho KIBE had his first solo show in the United States at TAI Gallery in Santa Fe. Now, he is returning to show his new body of work at TAI Modern’s upcoming exhibition Kibe Seiho, in which the artist will showcase his sensitivity to balance and proportion, and his mastery of traditional bamboo basket-making techniques. 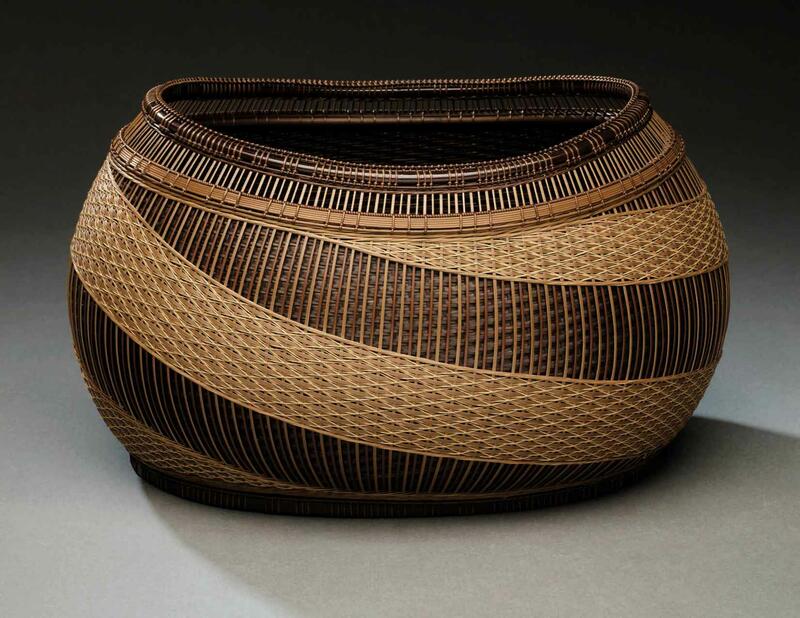 In many of his works, Kibe uses susutake, bamboo from the rafters of old farm houses in the area in which he grew up. The bamboo is naturally smoked by hearths built into the floors. Rich caramel tones are the cumulative effect of 100 years or more of human life. The variegation of these individual culms of susutake is prominently featured in 2017’s Blaze.

One of Kibe’s signatures is the use of the complex and challenging chidori plaiting technique, with its delicate x-pattern of hair-thin bamboo strips, as seen in Cloud Dragon. His baskets exude a warmth and quietness that reflect his personality, which is humble, open-hearted, and gentle. Perhaps most remarkable about Kibe’s new work is its incredible increase in both quality and scale, marking the impact that the past ten years has had on his talent as an artist.

“I weave finely-cut bamboo to express the ephemerality of nature and to convey my feelings and emotions. Simple forms, flowing lines, and calming colors are three elements I always keep in mind when I create.” 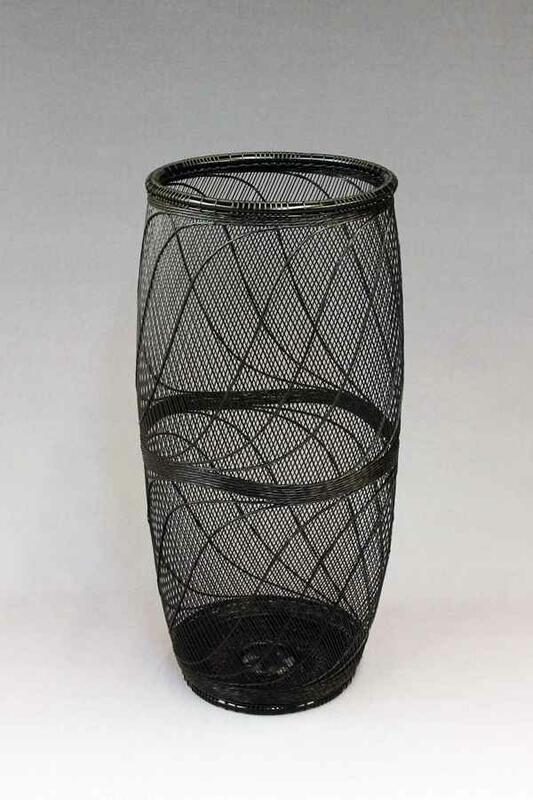 The artist became a full member of the Japan Craft Arts Association in 2000 and won prominent prizes at national exhibitions thereafter. He was a finalist for the Cotsen Bamboo Prize and won Best of Show at the 39th Seibu Traditional Craft Arts Exhibition and at the 10th national Wood and Bamboo Exhibition. In 2014, he was awarded the Purple Ribbon by the Japanese Congress for lifetime achievement in the arts. Kibe’s baskets are in the permanent collections of the Metropolitan Museum of Art, the Denver Art Museum, the San Francisco Asian Art Museum, and the Oita Prefectural Art Museum.