Although records show that glass has existed in Japan as far back as the Yayoi period (300BC-AD300),  western glass making did not arrive until the Portuguese brought it in the 16th century,. It was then that the Japanese traditional glass art techniques of Edo Kiriko, Satsuma Kiriko and Hizen Vidro were developed and became popular. 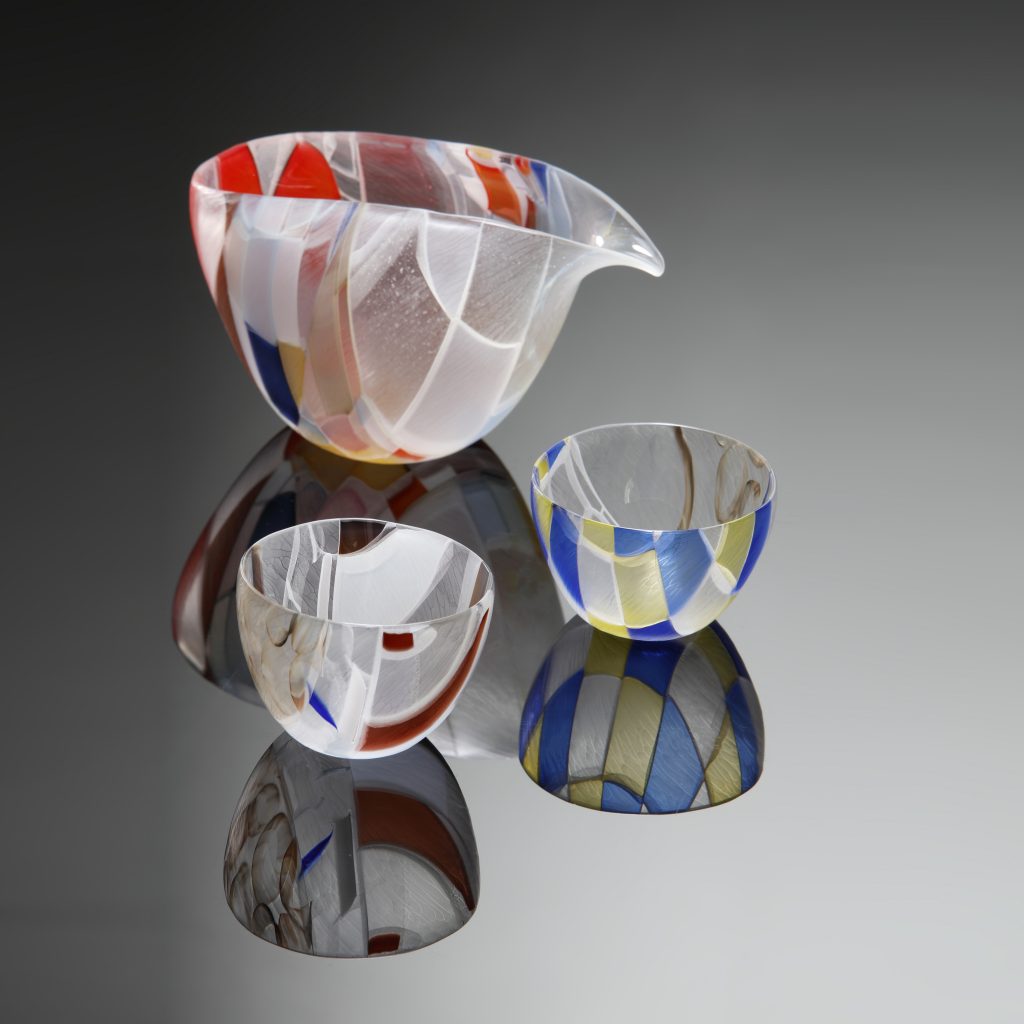 Despite the European influence which has seeped into Japanese culture, the native aesthetic has retained its unique identity. Contemporary Japanese glass art is diverse and beautiful – combining European glass making methods such as glassblowing, fusing and Venetian techniques with Japan’s inherent sensibility. The glass pieces reflect Japanese appreciation of imperfection and asymmetry, the understanding of beauty in non-identical pieces forming a set, and the value of minimalism, which suggests, for example, that a single flower in a vase can be more beautiful than an arrangement of a dozen flowers in an opulent vase. 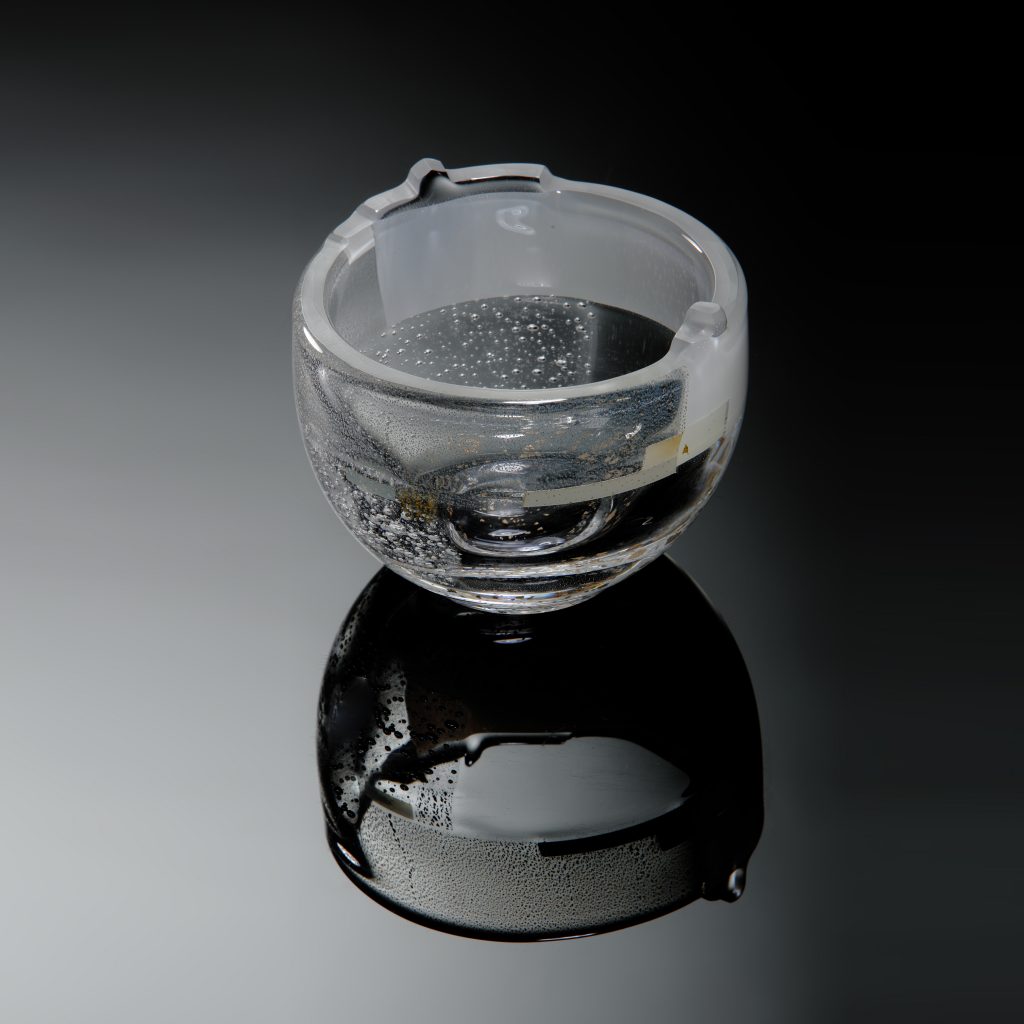 Japanese glass is unique and varied, yet remains largely unknown in the west. Glass artist Takeshi Sano was born in Funabashi City east of Tokyo. After graduating from the Tokyo Glass Art Institute in 1986, he spent seven years working at Notojima Glass Studio in Ishikawa Prefecture. Sano then headed to the Canberra School of Art in Australia, where he studied conceptual glass making. In 1998, he and his wife, Yoko, established the Glass Studio SANOSANO in Toyama, a coastal city on the Sea of Japan, 200 miles northwest of Tokyo, and a center for glass making in Japan. Sano’s work has been exhibited at national and international exhibitions and has won numerous awards, including the best Japan Craft award at the Japan Craft Exhibition 2017. 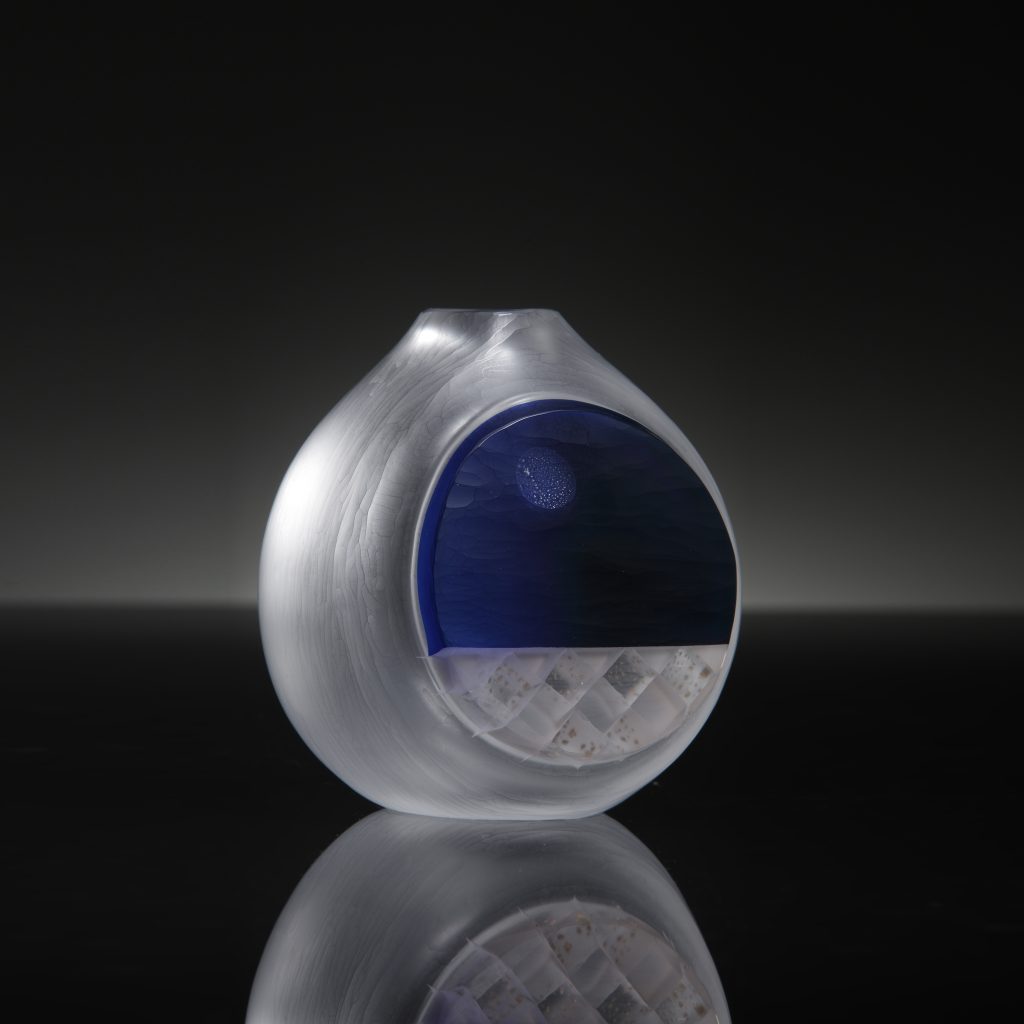 Sano’s signature technique known as “fusing” combines glass blowing with burning different pieces of coloured glass together in a kiln. His art is a good example of applying western glass making techniques to achieve a Japanese sense of beauty. Patterns are often less geometrical and more fluid than western glass. Also, he commonly leaves some of the glass in his works untouched. The space, intentionally left blank, is similar to the “negative space” seen in Japanese traditional painting. 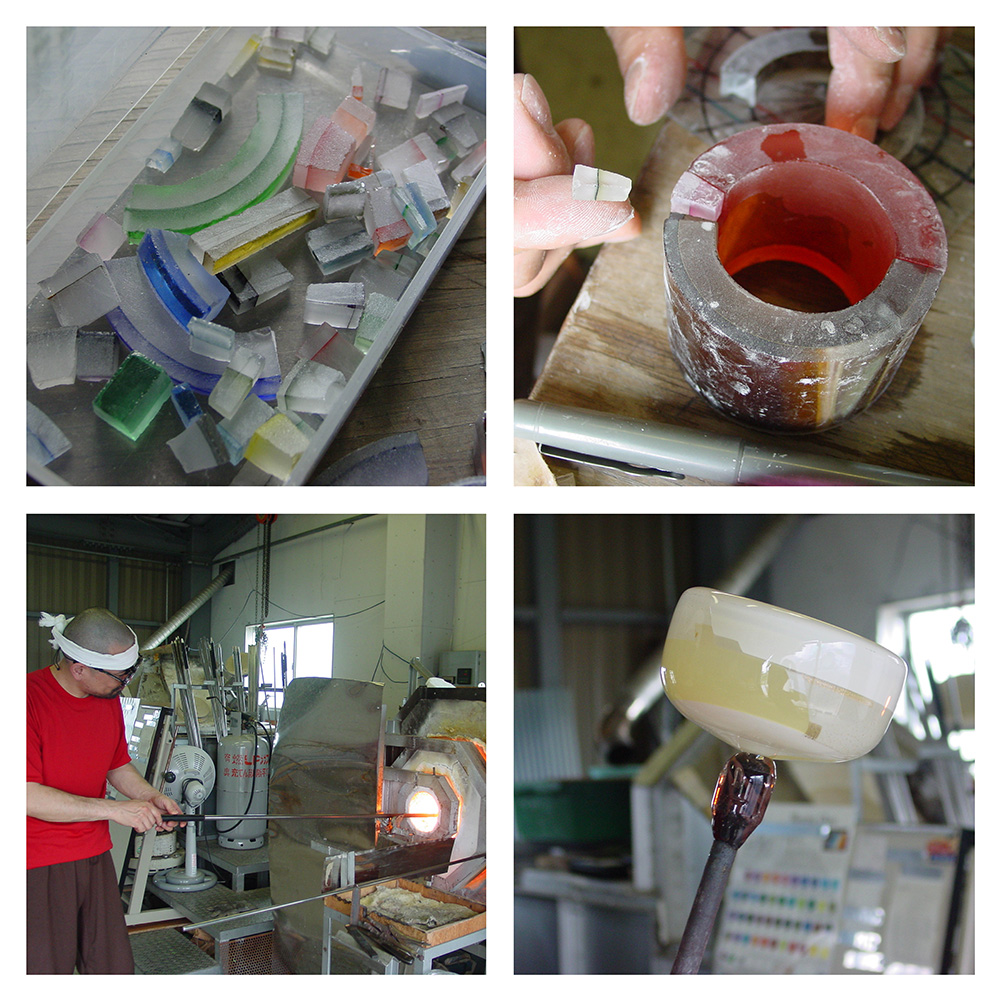 “I picture in my head what I am making before I start working on it”, Sano says.

“But as the work takes shape, it usually turns into something different and unexpected I like the unpredictable evolution of an object and the fact that every single work is unique”. 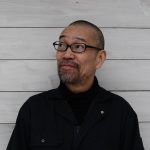