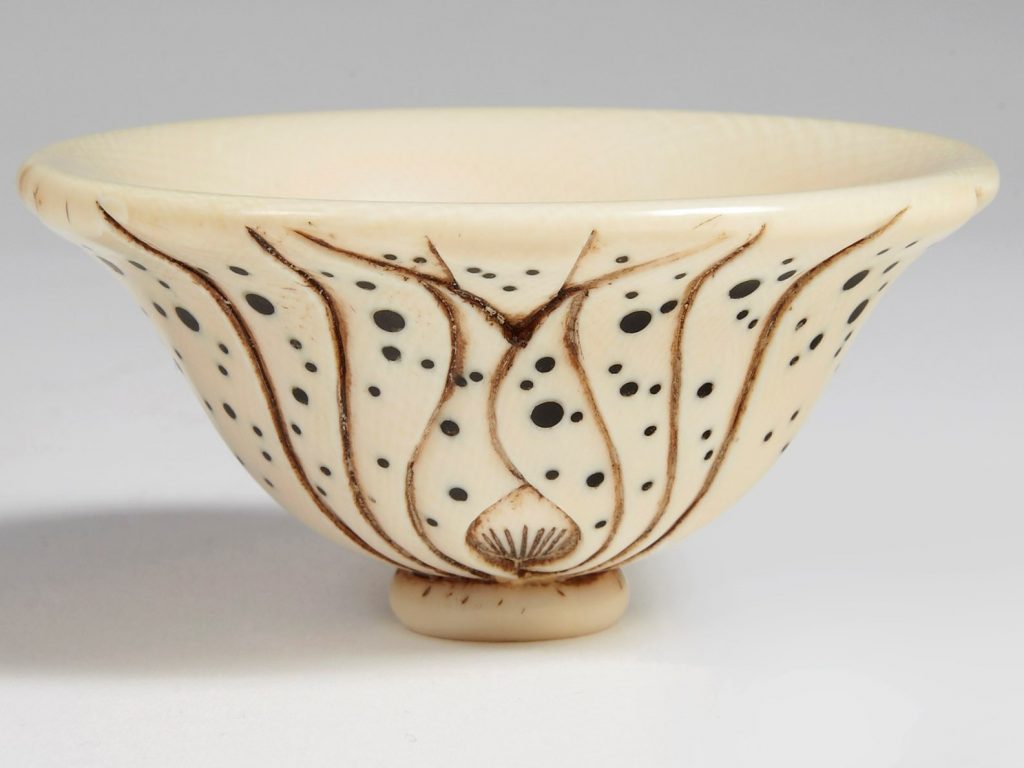 There was a Japanese female artist active in Paris in the early decades of the 20th century but chances are you’ve never heard of her. It doesn’t help that most of her work remains in private hands, or that she called herself by several different names. But the carved bowls, vases and jewelry of Eugénie O’Kin are very much a part of the wave of design that swept Europe during those years, eventually becoming known as Art Deco. Her intricately carved works in ivory, ebony and coral deserve a wider audience and if you act fast, there’s a rare opportunity to see one of her pieces in Tokyo right now. 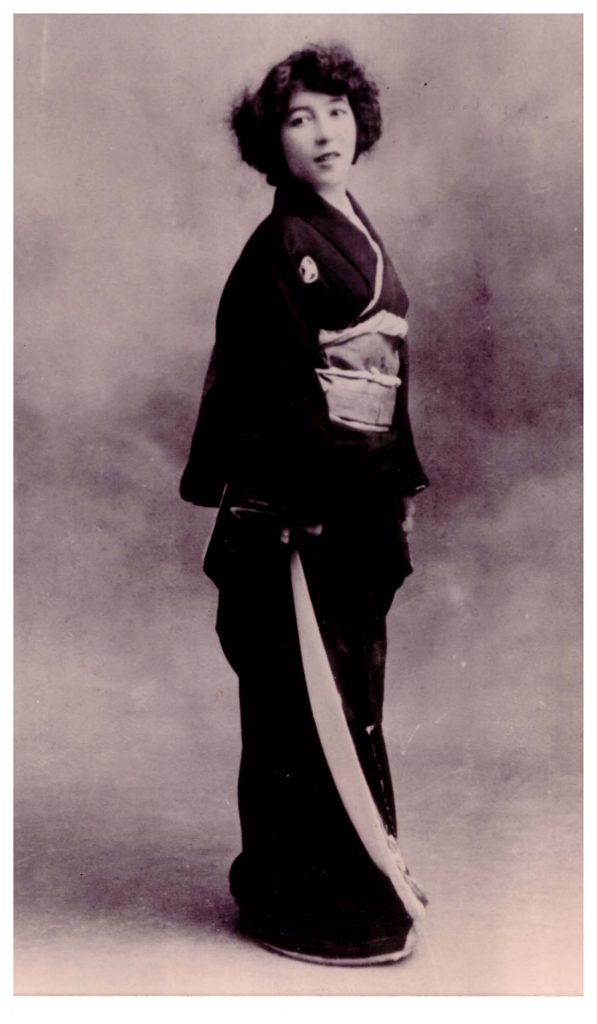 Not a great deal is known about the artist who is best known as Eugénie O’Kin. We do know that she was born in Yokohama on May 13, 1880 and held French nationality through her father, Charles Marie Jubin (1839-1895), a silk merchant who arrived in Japan perhaps ten years earlier. He married a Japanese woman named Yamanaka Tama and had four children with her, of whom Eugénie was the oldest. O’Kin seems to have been her pet name within the family and would have been written in Japanese as お金 or おきん, in the style of popular Edo-era names for women. (The unusual romanization with an apostrophe may be a device to help French people pronounce it correctly.) Eugénie attended the French school in Yokohama (now St. Maur’s). Her father died when she was in her teens and is buried in the Yokohama Foreign General Cemetery. 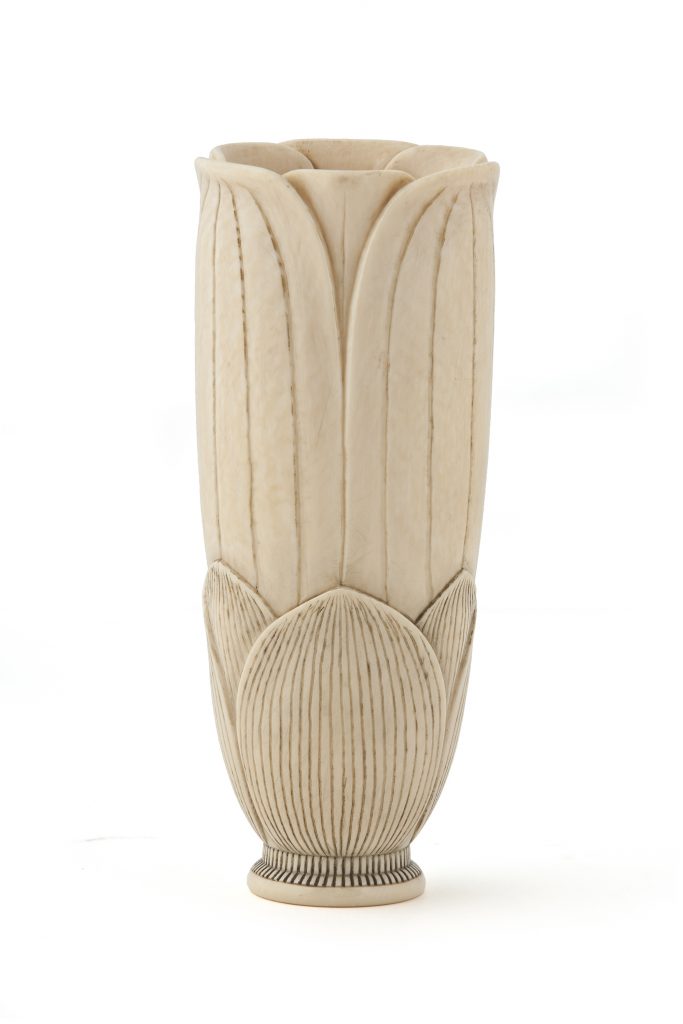 At some point – it’s not clear exactly when – the young Eugénie Jubin crossed to Paris and became an artist. Historian Ajioka Kyoko has ascertained that Eugénie O’Kin submitted works to the Salon d’Automne in Paris in 1906, and an article in the newspaper Le Figaro on December 24, 1910 makes mention of a “Miss O’Kin, a charming Japanese artist who has settled here and continues working according to the best traditions of her race.” 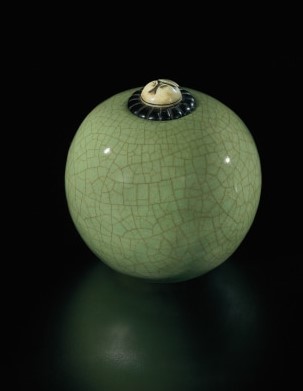 In Paris, Eugénie married Henri Simmen, a Belgian artist who worked mostly in ceramics and sandstone. Although he is somewhat better known they often collaborated, her making carved lids for his ceramic jars. When she worked alone, she signed her works by a variety of names, including Yokohama O’Kin, Eugénie O’Kin and sometimes Jubin Eugénie O’Kin. She passed away in Nice, France, in 1948. 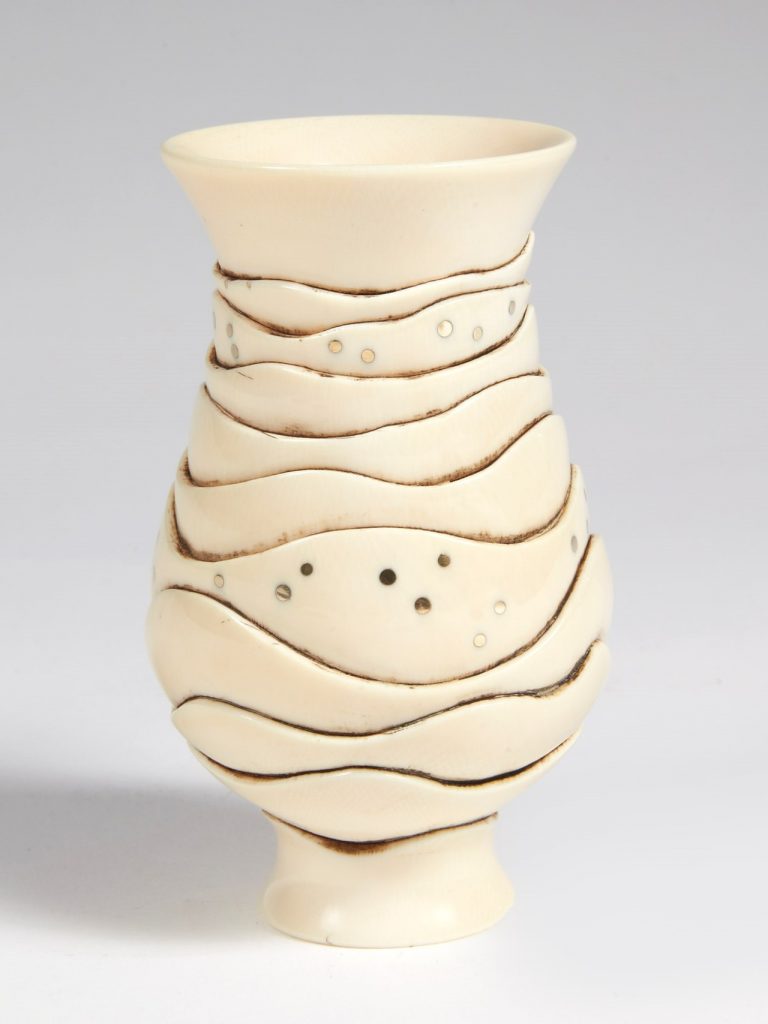 Although her works are held by major museums in France, there aren’t many opportunities to see O’Kin’s work, especially in Japan, the country of her birth, where she is only beginning to gain a name. The Willy Huybrechts gallery  held an O’Kin retrospective in 2016 and generously published the catalog online. Currently, an ivory vase carved by O’Kin around 1925 is on display in Tokyo as part of the Exotic x Modern: French Art Deco and Inspiration from Afar exhibition at the Tokyo Metropolitan Teien Art Museum.  Note that the museum is closed Dec. 28-Jan. 4 and that the exhibition ends on Jan. 14. 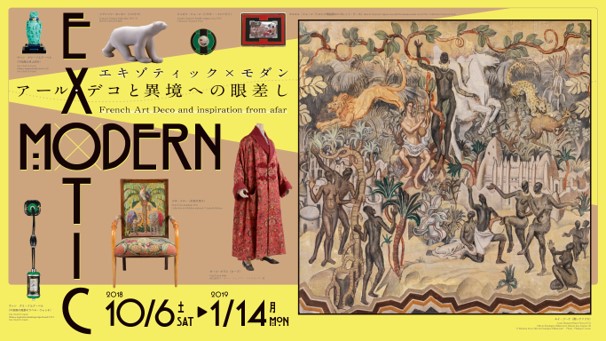 This post is the second installment in a planned occasional series on Japanese women artists, from both the present and the past, who ought to be well known but are not. If you would like to contribute by introducing a Japanese female artist who deserves a wider audience, please contact  the manager of this blog. The first post in this series was on Edo-era painter Noguchi Shōhin.